UNDER CONSTRUCTION ​
RUNNER UP

share
You live in a house next to a public square. It’s pretty nice, but you hardly notice it any more.

​One day, the square is closed off and a crane is erected in one of its corners. The 60 m tall machine towers above the square, swinging its arm over the city centre, imposing its presence throughout the surrounding landscape. Heavy machinery starts whirring tirelessly behind the fence and whenever you pass the site on your way home, you can’t help but wonder what the relentless noise will leave behind. Just as suddenly as it began, construction stops. The crane is dismantled, and where was once noise and dust now stands a shiny new building.

You live in a house next to a media centre. It’s pretty nice, but you hardly notice it any more.

Why erect a static structure when the process of building it is far more transformative and engaging in itself? By proposing a continuously changing environment, we induce an equally constant positive transformation in the society that inhabits it as well. The minimal addition of a standard construction crane and an array of shipping containers can create countless new scenarios in a space that is left mostly untouched, preserving its familiarity. This superposition of ready-made industrial structures integrates into its new context by housing and complementing the location’s existing programmes but remains subversive and transformative through its omnipresent mediascape elements. The constant presence is extended to the entire city by the crane itself, which functions a symbolic marker – the central observation tower of Focault’s panopticon. Day and night, far and near. Always present. Always active. 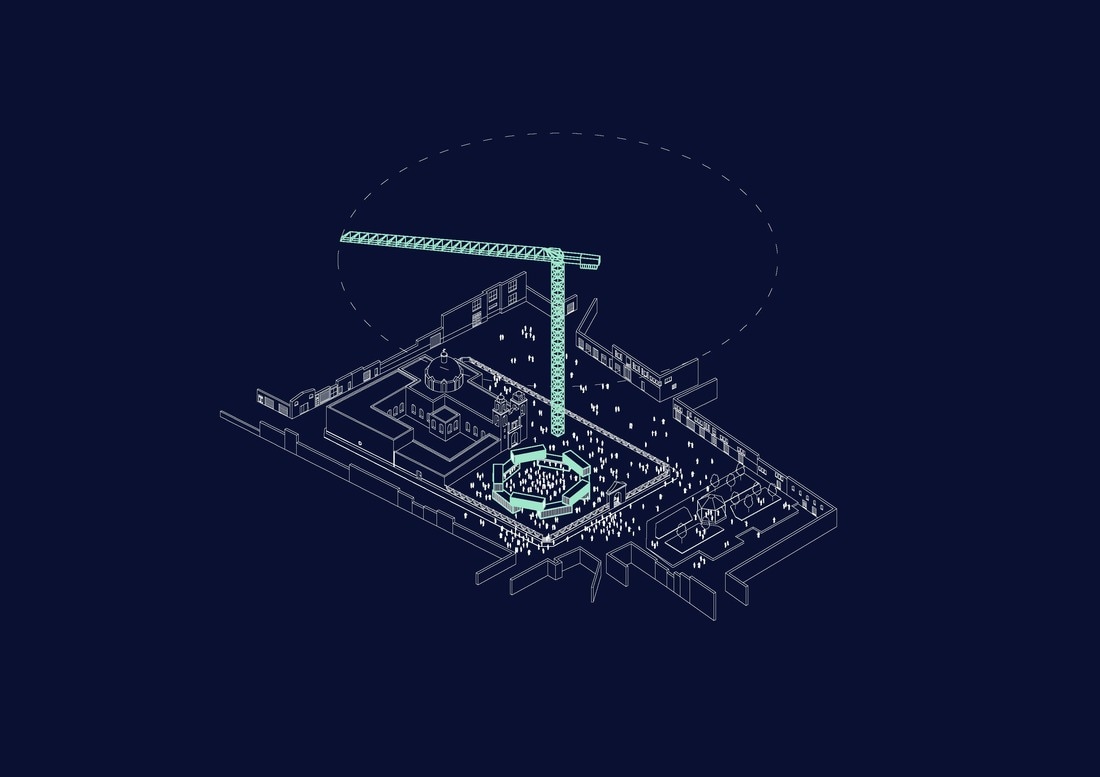 Mediascape Scenario
Functioning as a mediacenter, the structure forms a perforated ring in the centre of the square. It shields users with its introverted spaces, but remains inviting through its position between the square and church entrances as well as fractions of the mediascape displayed on the outside. 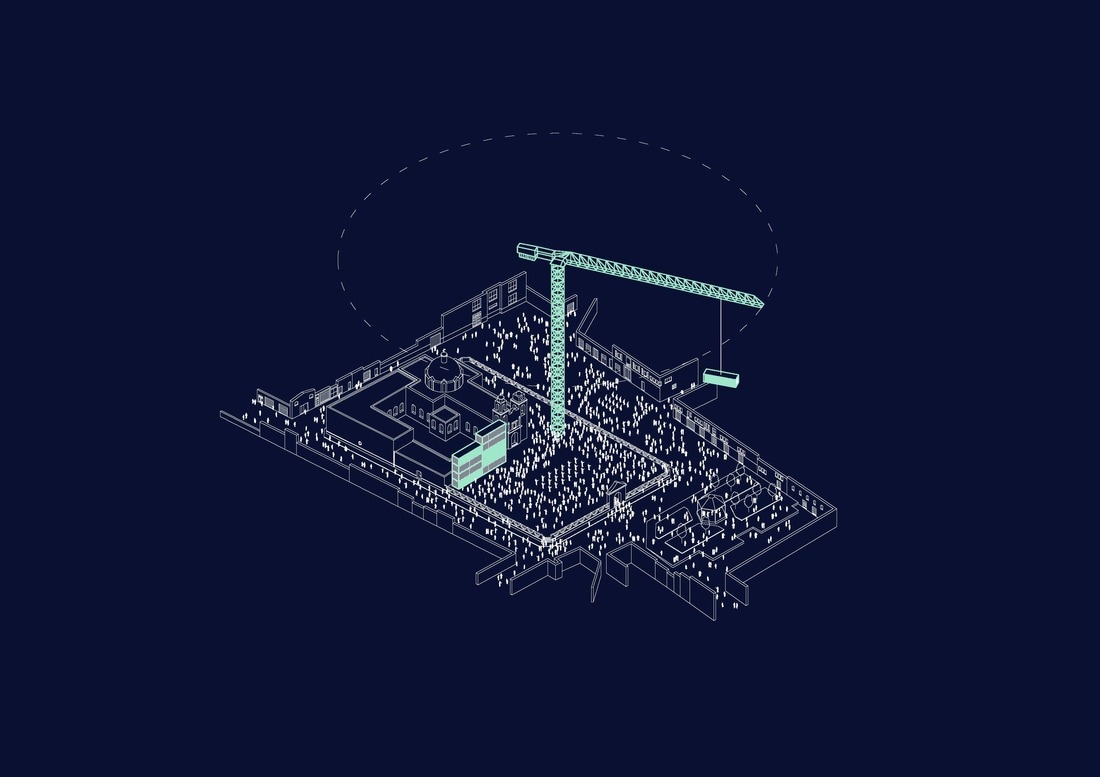 Carnival Scenario
The annual religious carnival requires as much space as possible. To accommodate the city’s largest event, containers are stacked at the square’s rear edge, forming a screen. Together with the crane, it is spatially submissive to the occasion, but narratively active through the displayed mediascape. 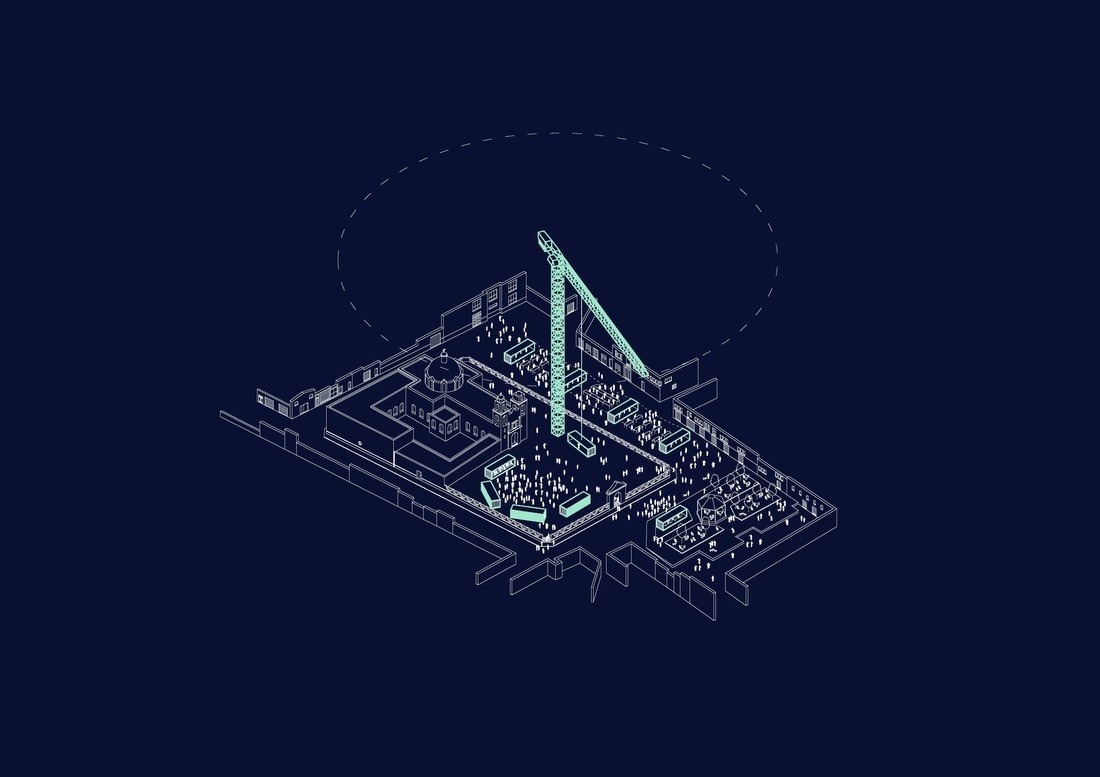 Market Scenario
At market time, the containers spread throughout the location to fulfill a variety of functions. Storage for the marketplace, public stage in the square, library by the park. 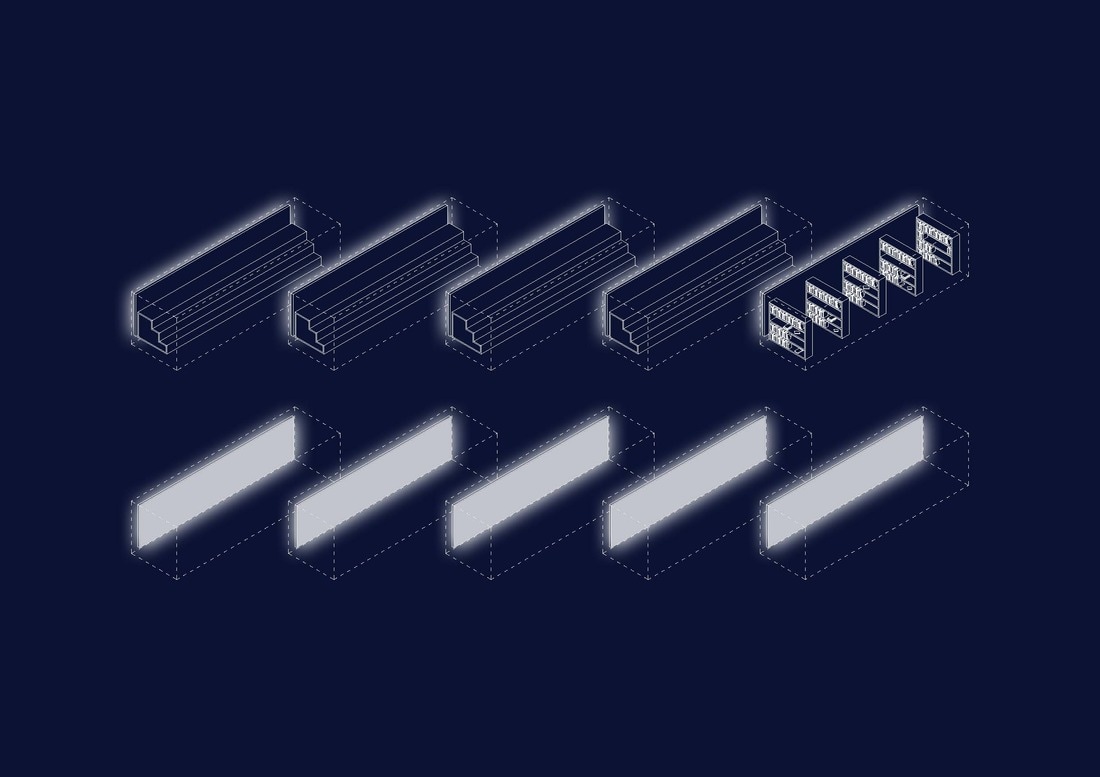 Container Count
The crane acts by deploying an array of ten shipping containers in various configurations. They are equipped with bench seating, bookshelves, storage and screens. Some on the outside, some on the inside. Otherwise identical, you never know what you are going to get. The crane and the containers are unified by their common color – a glow-in-the-dark green that asserts their presence in the night. 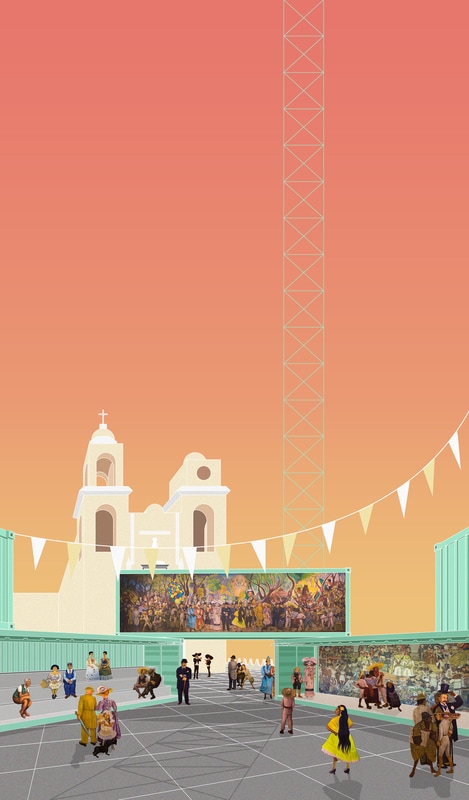