TERRITORY-LINE OF CITIZENSHIP
RUNNER UP

share
Drawing of the income concentration and construction on the struggle for living. Two worlds, two realities given by differences of opportunity and space. Between them, an emptiness as a call for a just world for all. Realizing the value of its existence as a sociability condition, revealing, in a paradigm shift, 'the under the bridge's use for life programs, transforming the city’s infrastructure-line into an expandable place of citizenship experience, What is done as urgency through the appropriation of residual spaces is part of a search of the city’s vocation to exist in a plentiful and plural way.​ 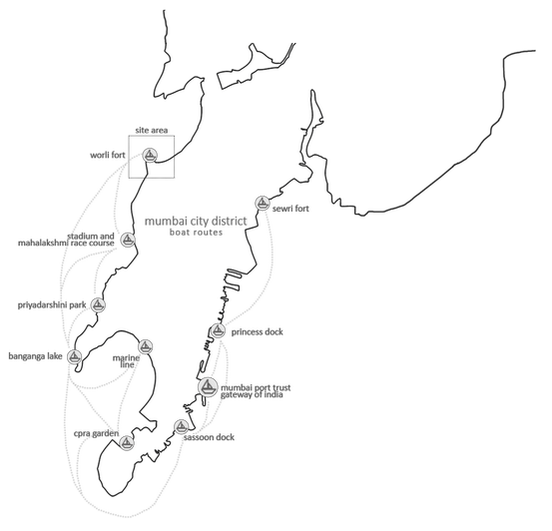 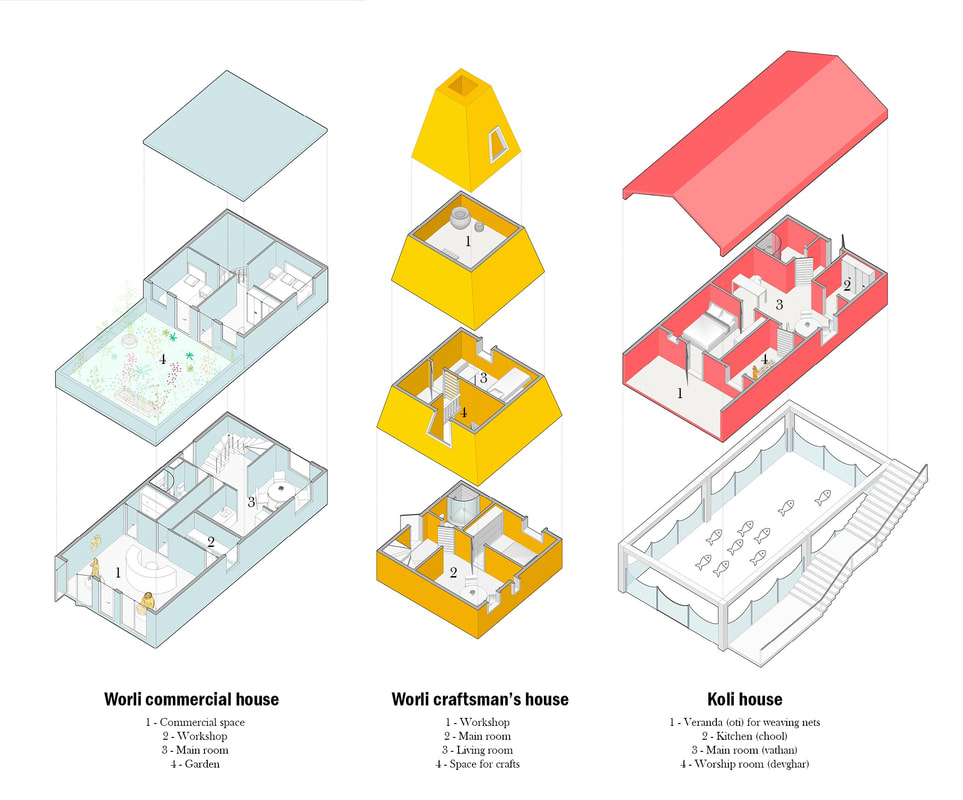 ​The new development grows from the Worli Koliwada village, saving all the routes. The territory is divided into two parts, which are flexible, rising and transformable Worli housing with their own facilities for the neighborhood: the school, public library, a pool, a garden and the floating village of Koli with all the facilities for fishery and fish trade such as the marina, fish fanning. In the center of the territory, the new historical and cultural building appears uniting all the territory and serving as a museum and a touristic and public route, opening spectacular views and leading to the new Hindu temple. We create new open public spaces such as the new fish market, observatory, public squares, open cinema, public swimming pool and the scene to involve both tourists and citizens.

​The dwellings are risen above the level of flooding to protect the inhabitants during the monsoon period. The coastal lines of the site are reinforced and a system of breakwaters is erected to protect the land from the waves and floods. 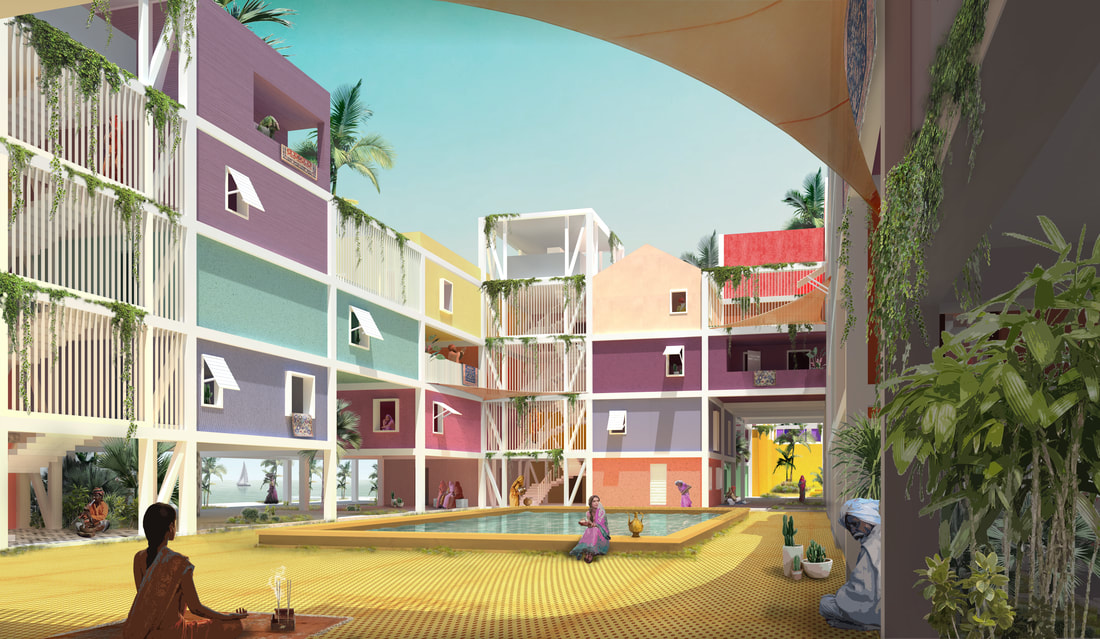 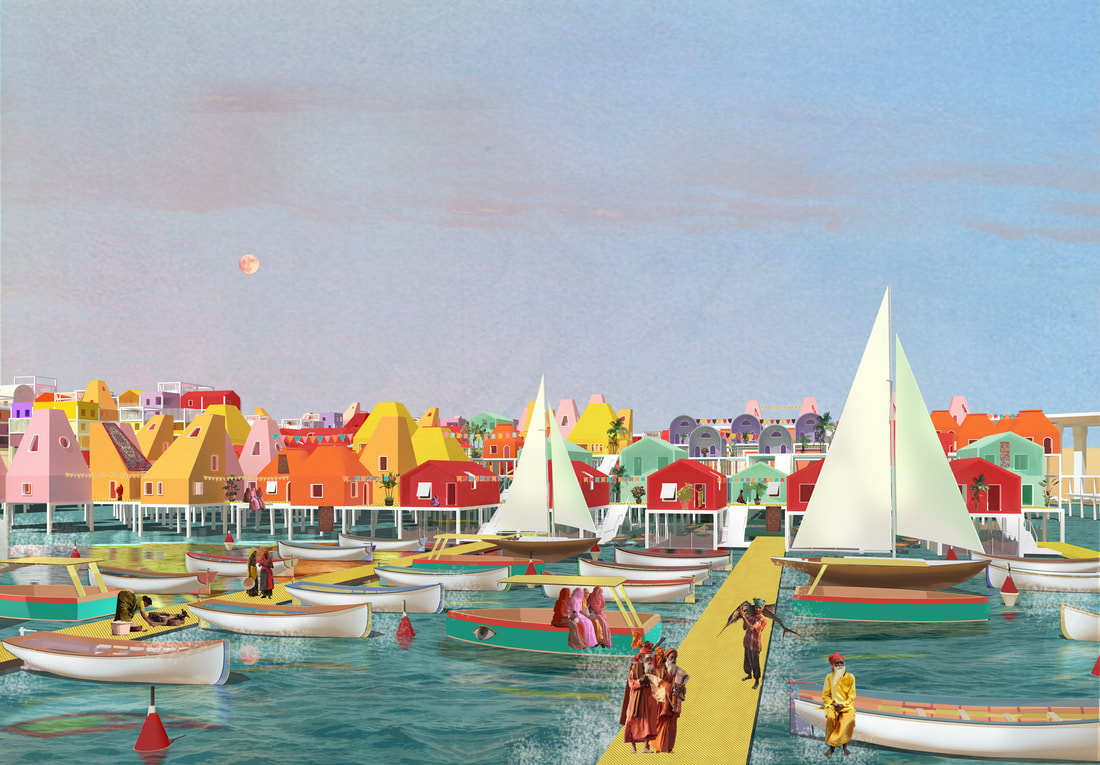 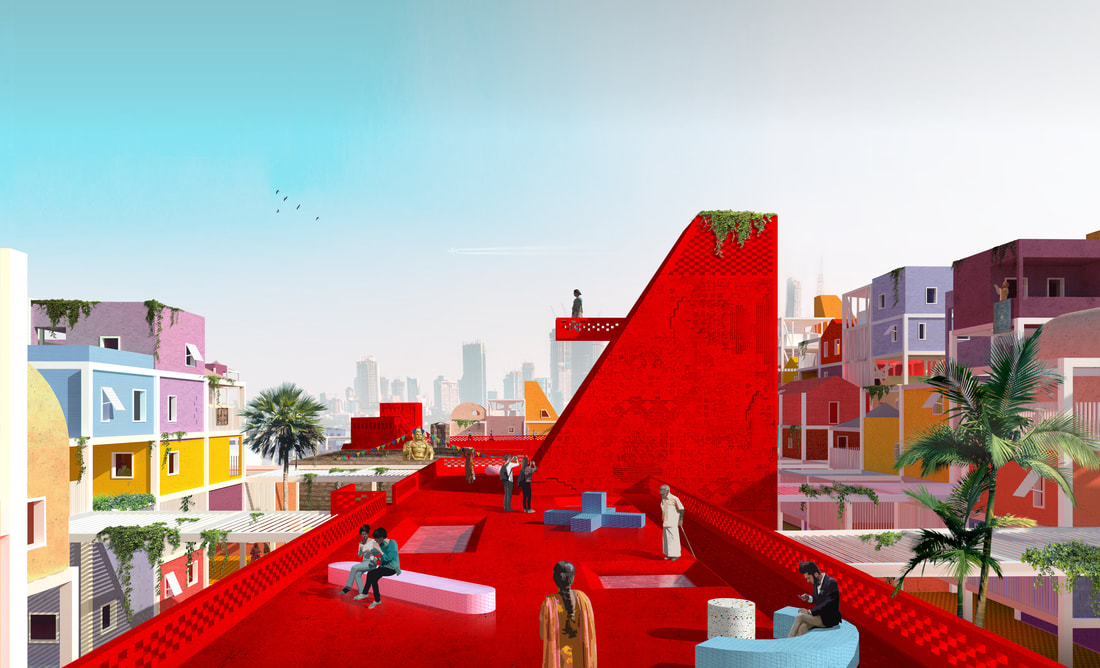 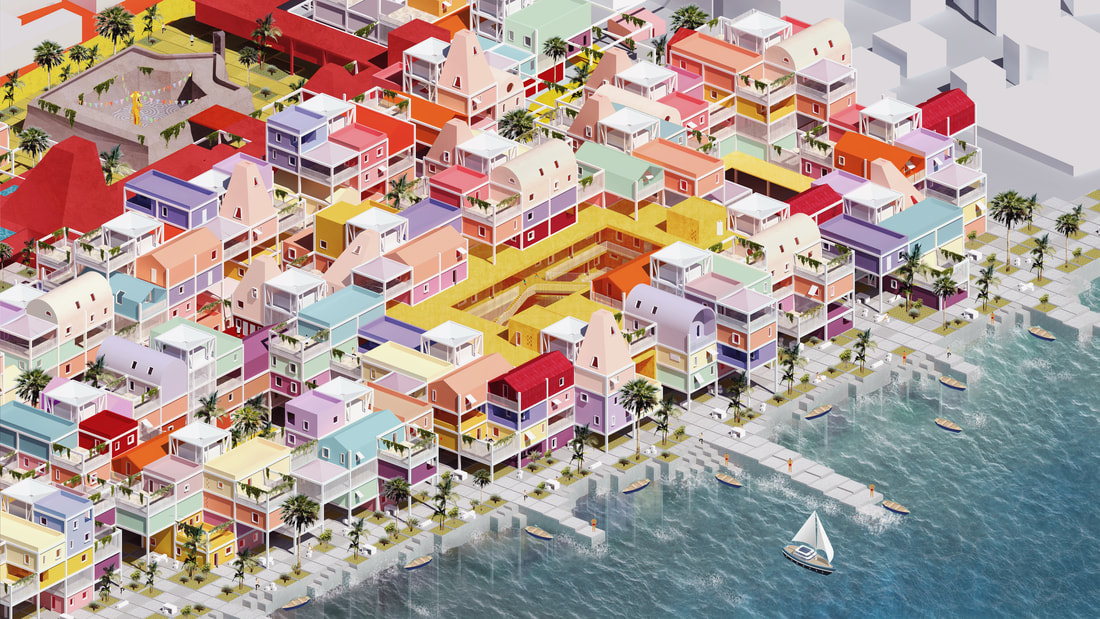 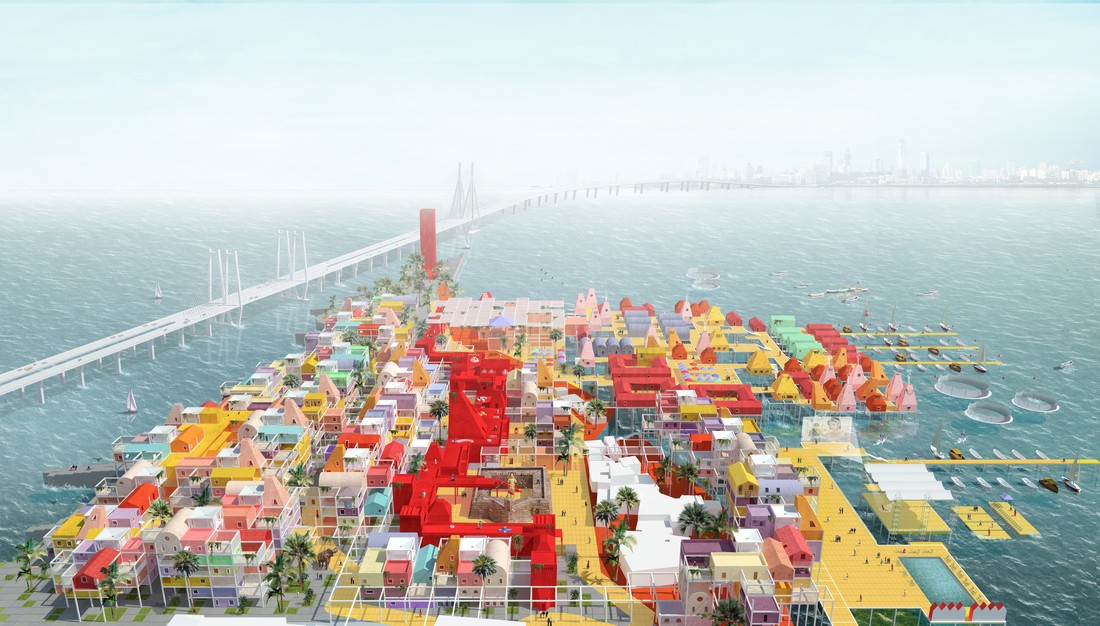