share
The Project arises as a respond of re-generate the site in a natural way. Mimicking the surrounding orography with a geometrical slab which reduce the visual impact and ecological foot print, containing multiple green roofs, which act as a natural cooling system and water collectors to be re used.

At the center of the project an organic vain is opened to illuminate and ventilate the house in a nature way, at the same time it produce an spectacular view of the landmark Hollywood sign.
​
Playing with geometry to open windows through the slope. 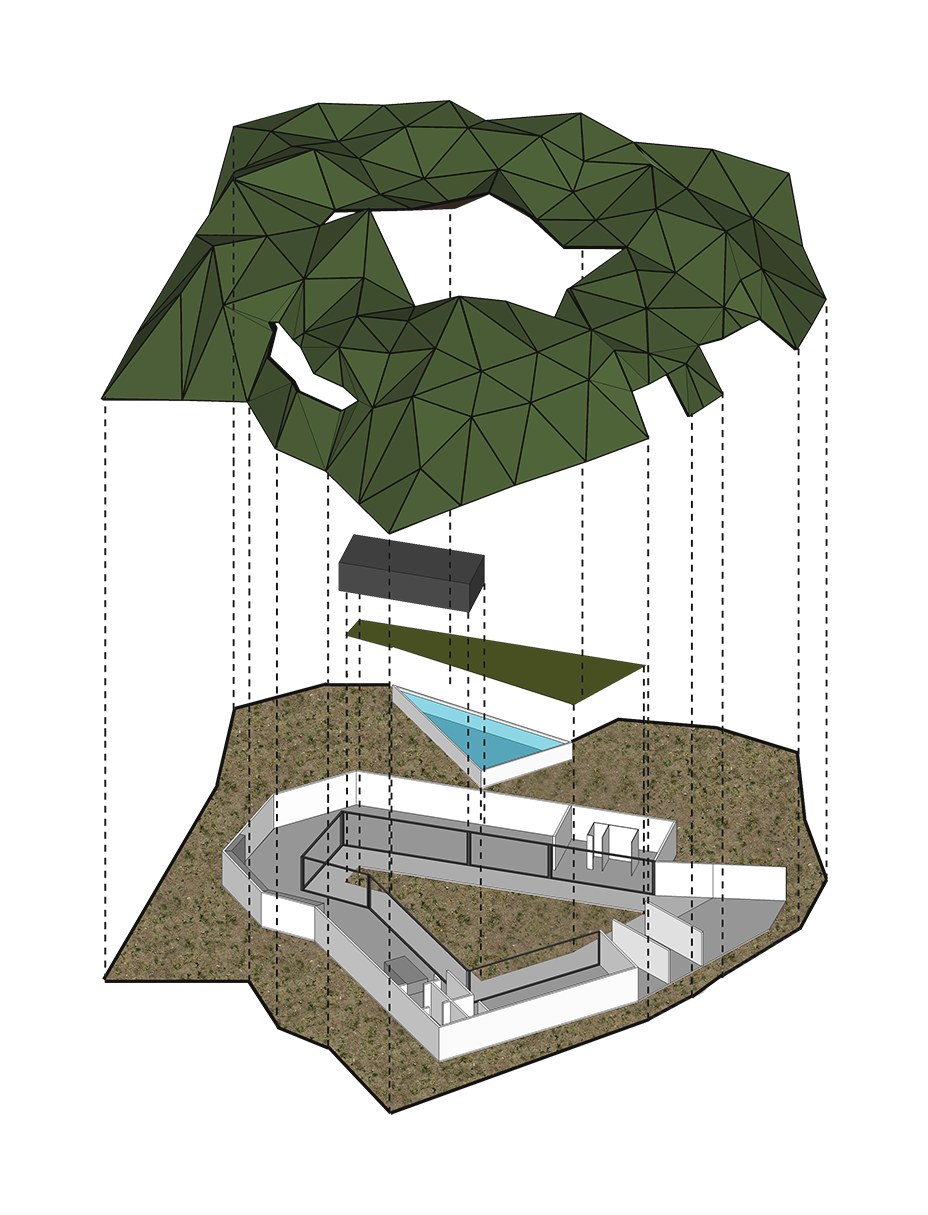 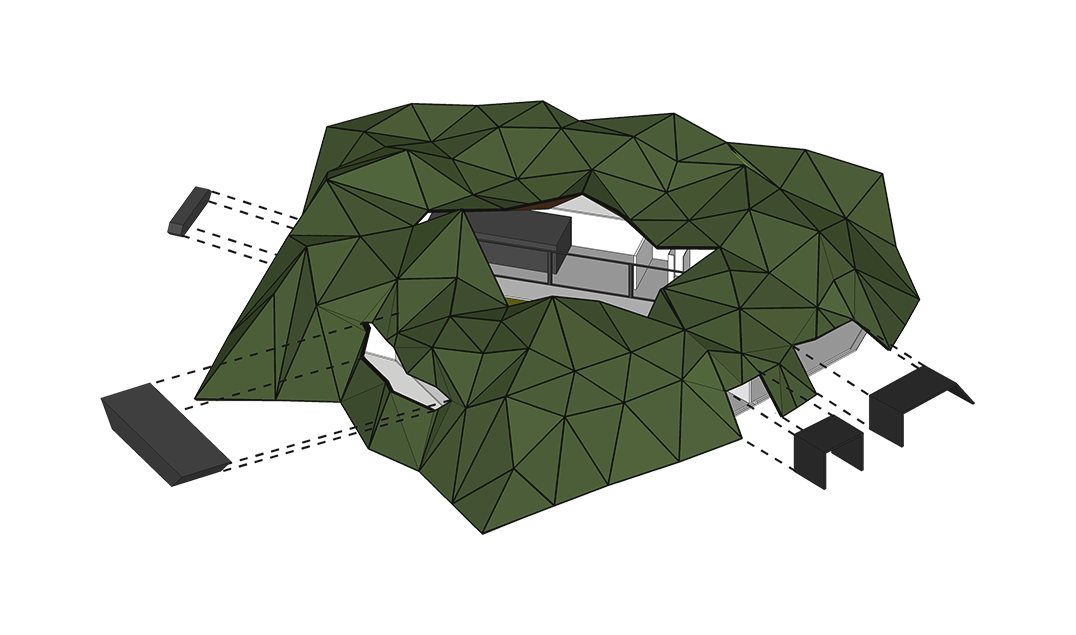 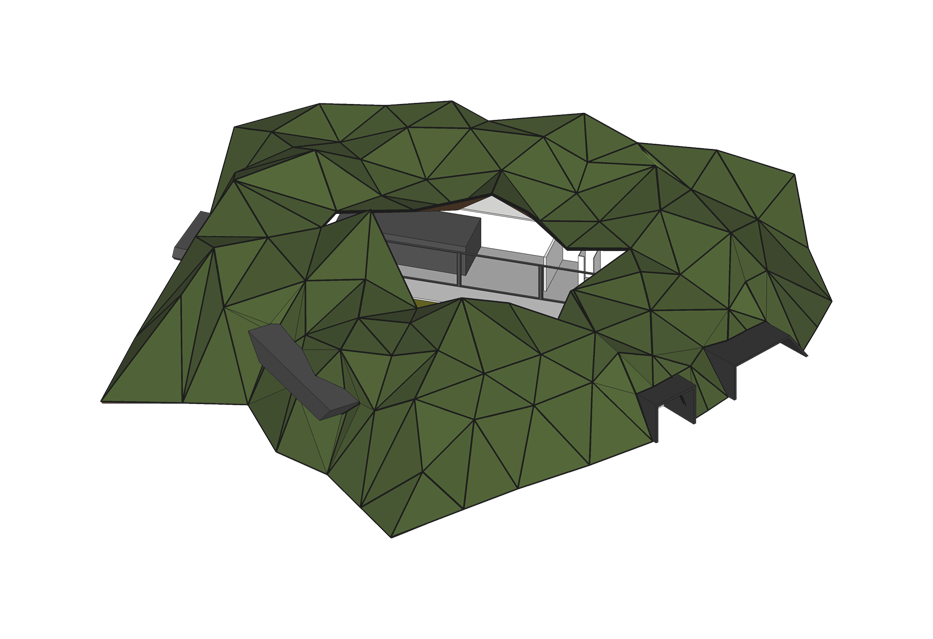 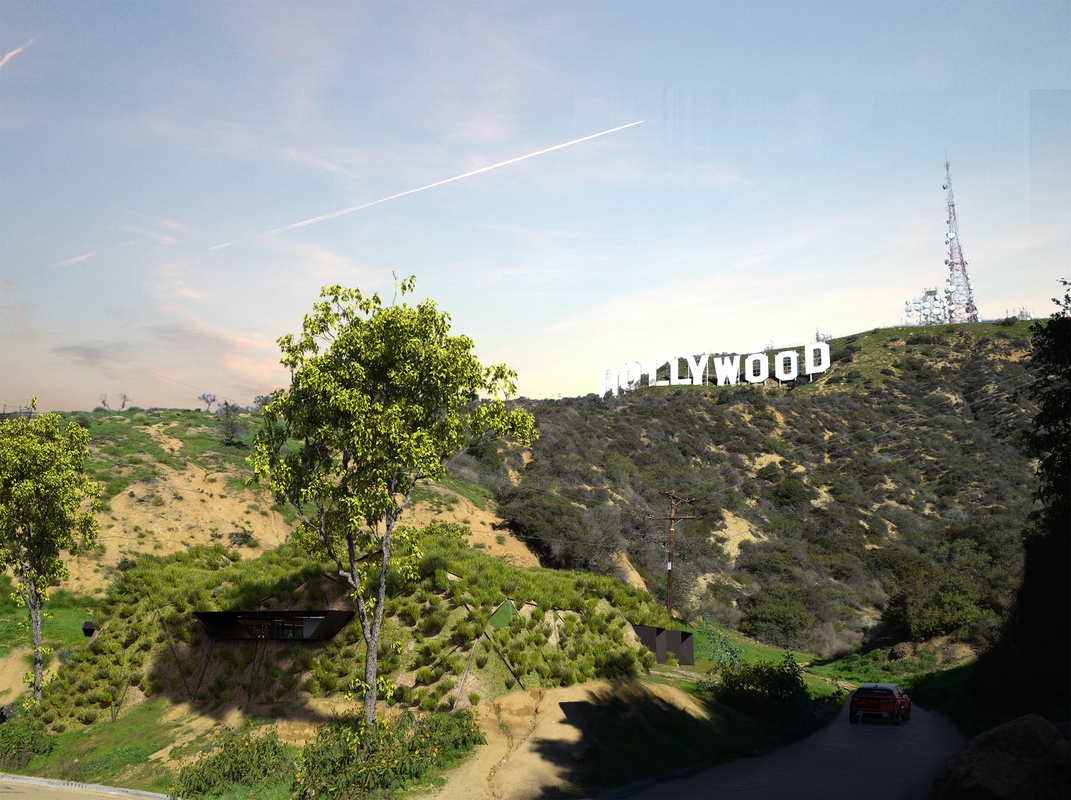 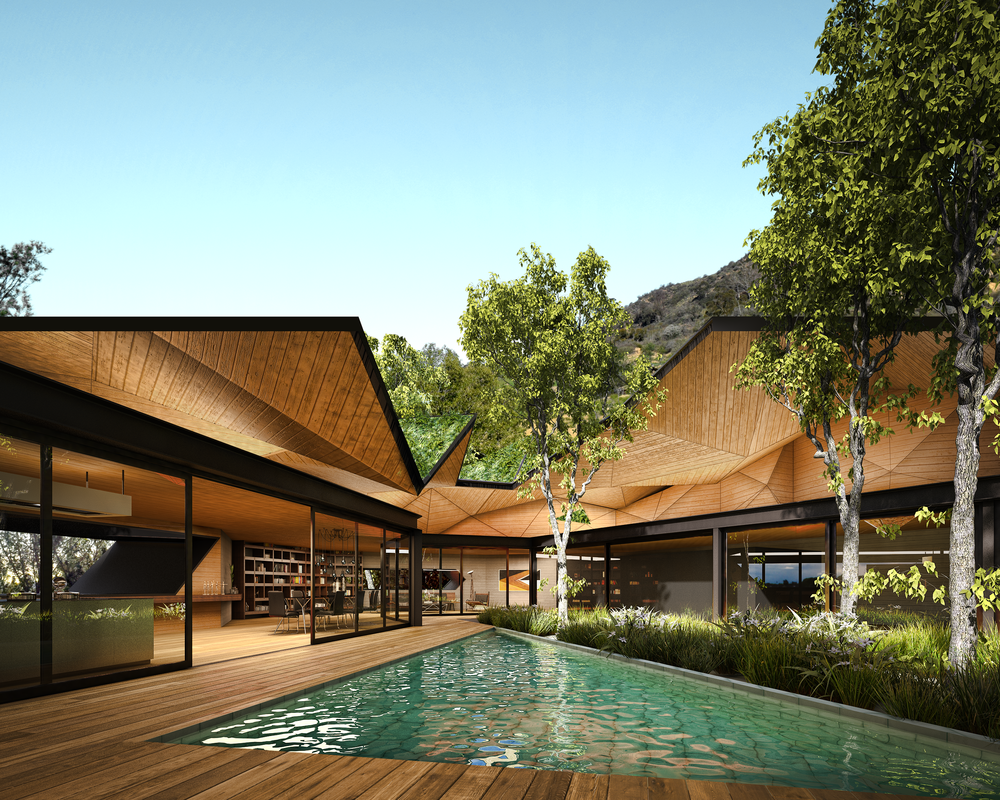 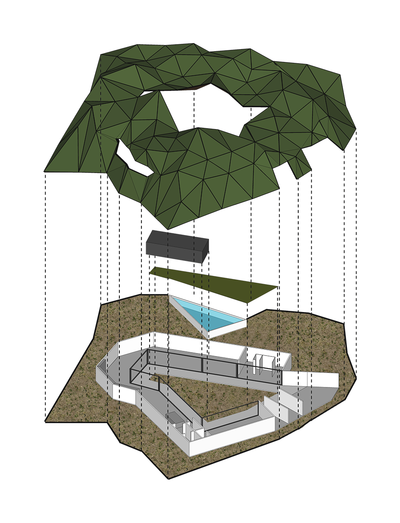 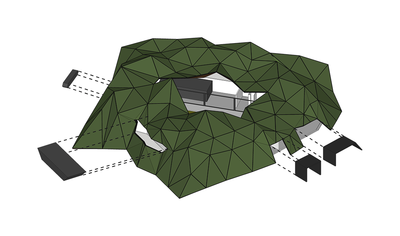 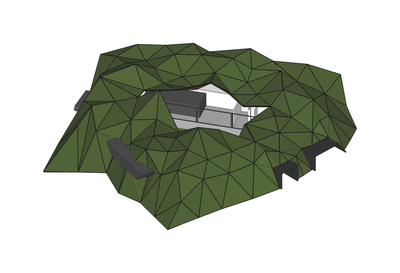 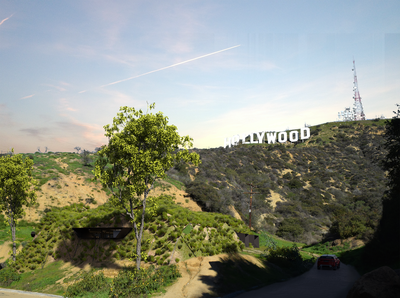 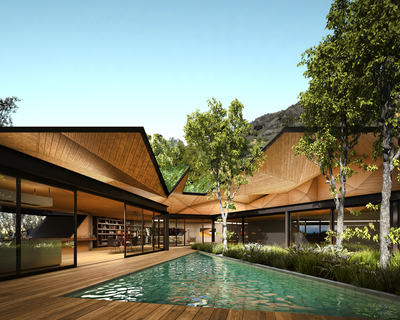