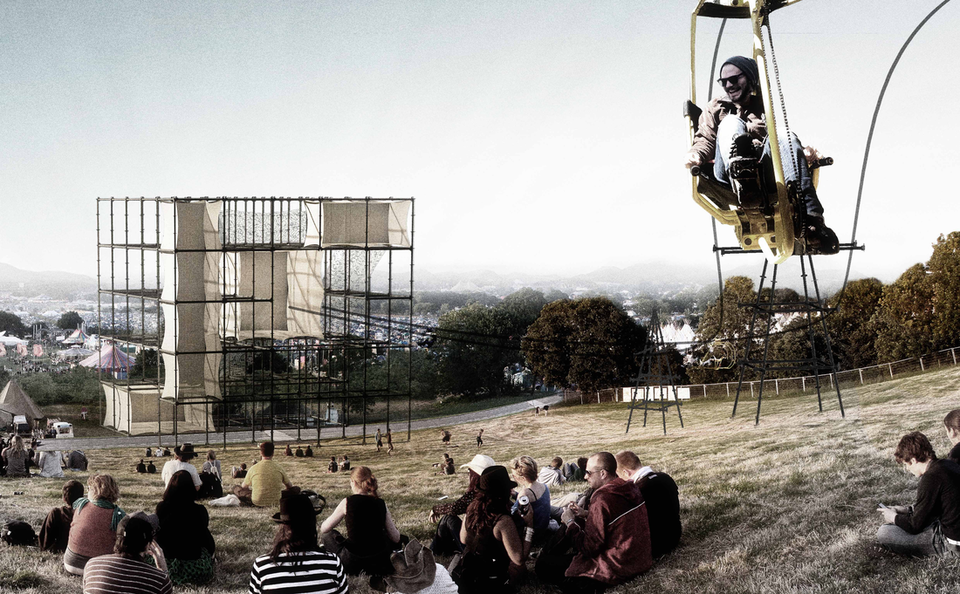 In order to engage the sustainable agenda with the public, one approach to consider is the opportunities which take advantage of existing infrastructure. Whilst a considerable pressure today is on bicycles in our urban environments some cities are unable to integrate the bike culture due to certain obstacles such as terrain and economy. The pedal coaster is an avant-garde Victorian solution finally realised due to long standing advances in lighter materials.

By combining the system with standardized scaffolding parts typically used in festival architecture, the pedal coaster challenges conventional forms of transportation in it’s experience, health, efficiency and sustainable qualities. The coaster liberates the user from the ground floor plane avoiding pedestrian traffic and providing a series broader festival views. The track structures emit a spectrum of colors at night, orientating the entire festival though a series of meeting points. When the festival finishes the entire installation it is dissembled and pragmatically re-appropriated to other sites.

Supplementing the track are two stations. One acting as the primary focal point, situated in direct view of the festivals entrance. The other acts simply as a drop off point​.

STATION NO. 1 A generic cube made from scaffolding parts is pragmatically programmed to the specific site constraints and orientation through simple subtractions and tensile fabric units. Circulation is supported through enclosed rope netting. TRACK SUPPORT STRUCTURE The scaffolding is re-used in simplistic triangulated structures which help support the pedal powered carriages and tracks. The minimalist design is inspired from generic electricity support structures. PEDAL POWERED TRACK SYSTEM The pedal powered track system uses human powered energy to push the carts between destinations. Users experience a transportation system which is more efficient than conventional biking and offers incredible views of the festival. 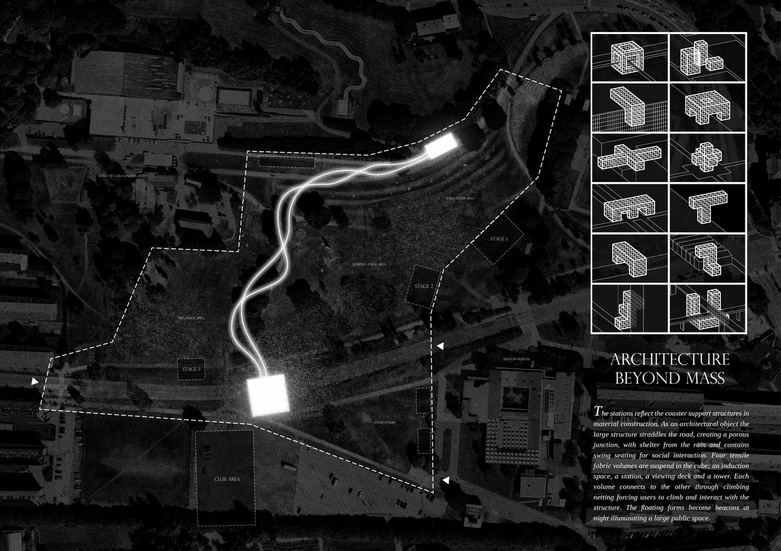 ARCHITECTURE BEYOND MASS The stations reflect the coater support structures in material construction. As an architectural object the large structure straddles the road, creating a porous junction, with shelter form the rain and contains swing seating for social interaction. Four tensile fabric volumes are suspended in the cube; an induction space, a station, a viewing deck, and a tower. Each volume connects to the other through climbing netting forcing users to climb and interact with the structure. The floating forms become beacons at night illuminating a large public space. 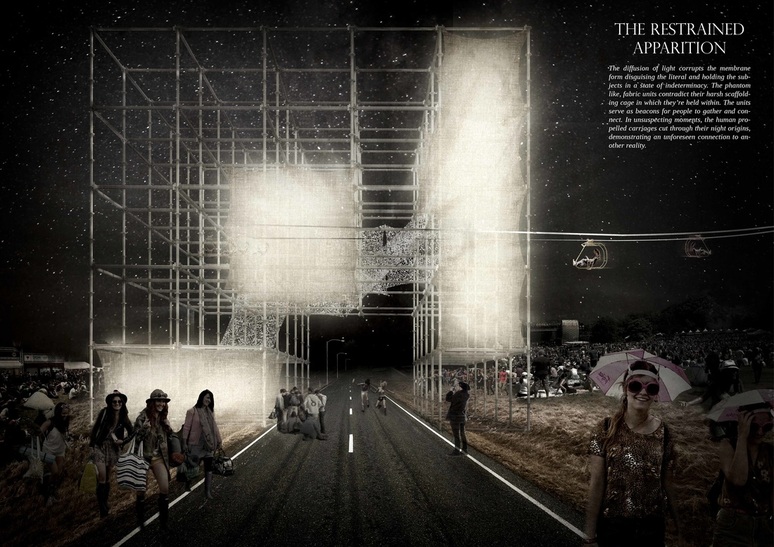 THE RESTRAINED APPARITION The diffusion of light corrupts the membrane form disguising the literal and holding the subjects in a state of indeterminacy. The phantom like fabric units contradict their harsh scaffolding cage in which they're held within. The units serve as beacons for people to gather and connect. In unsuspecting moments, the human propelled carriages cut through their night origins, demonstrating an unforeseen connection to another reality. 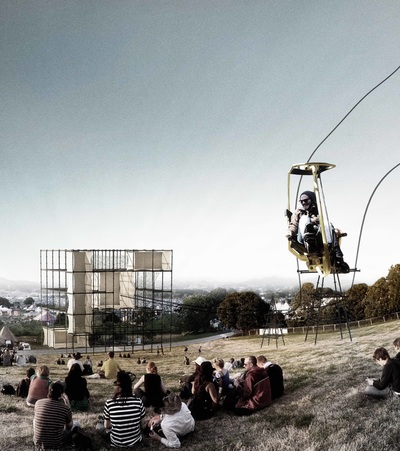 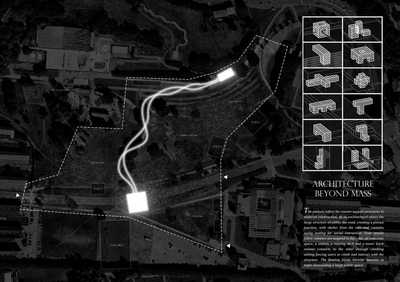 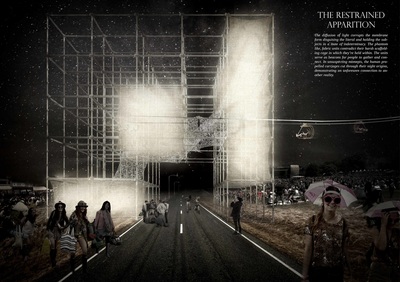 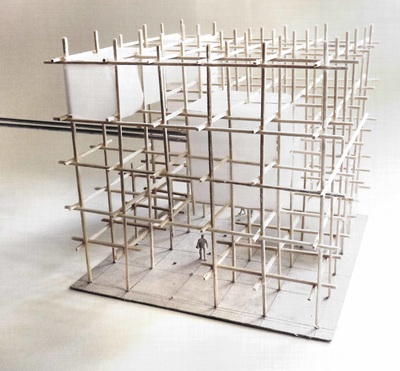 Geoff Eberle is an English designer currently situated in Copenhagen working for Bjarke Ingels Group (BIG). Geoff attended the University of Portsmouth School of Architecture for his Bachelor of Arts - Architecture Part I degree.

﻿
Archibald is a designer currently living in Poland and working for KAMJZ. Archibald attended the University of Portsmouth School of Architecture.
KAMJZ