The integration of an aquarium in the Queens district waterfront requires an urban intervention to smooth dialogue between the city and the East River. Water is the key element of the project, and it is strongly introduced, flooding the site area to give continuity to the riverside park and bring citizens a closer connection with leisure activities related to water. The architectural intervention moves to the edges, in a set of different straight line pavement stripes, that follow the directionality of the characteristic orthogonal urban fabric of New York. These landscape bands promote slow movement, permanence and contemplation of urban space. The intervention concludes with four water towers emerging from the Easts River itself, creating a sculptural image that will be the central element of the urban design proposal, in dialogue with the bottom iconic skyscraper view of Manhattan.
​
Each of the towers represents one of the major oceans of our planet, and contains water tanks where visitors can discover the characteristic marine wildlife of the area in a vertical walkable path. The rest of the aquarium program moves under the river, connecting the two shores of the park below the water level. The space is intended to be part of the park and not a building itself, physically moving the visitor under sea level to discover the marine life. While the alive animals and plants exhibition takes place in the towers, the open space between them can be used for exhibitions, conferences, research, administration, storage, restrooms, etc. It is conceived as a large and flexible open space divided by falling water curtains of the overflow of the river water along the channels between the towers, and the large patios that bring sunlight inside, where towers emerge.

The building produces and recycles its own energy using seaweed as eco-batteries. Through a system of photobioreactor panels installed on the exterior facade of the towers, the water of the tanks where the animals live is filtered. Their own organic waste (that is dissolved in water), the sunlight and the CO2 feed the micro algae that grows inside the panels. Once it is developed, it is processed in the maintenance room in the -2 level, to extract seaweed oil and biomass to produce clean energy for the building, without generating waste. In the case of a building with such high energy demands, this system is a revolutionary step forward in clean and cheap energy self production, and contributes to environmental sustainability of such an extremely urbanized area 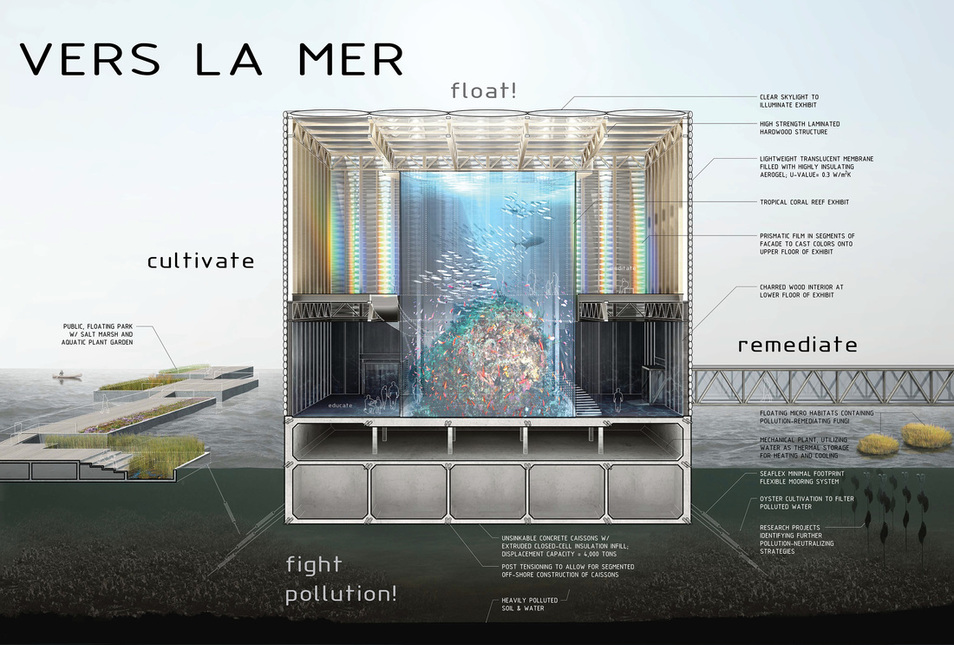 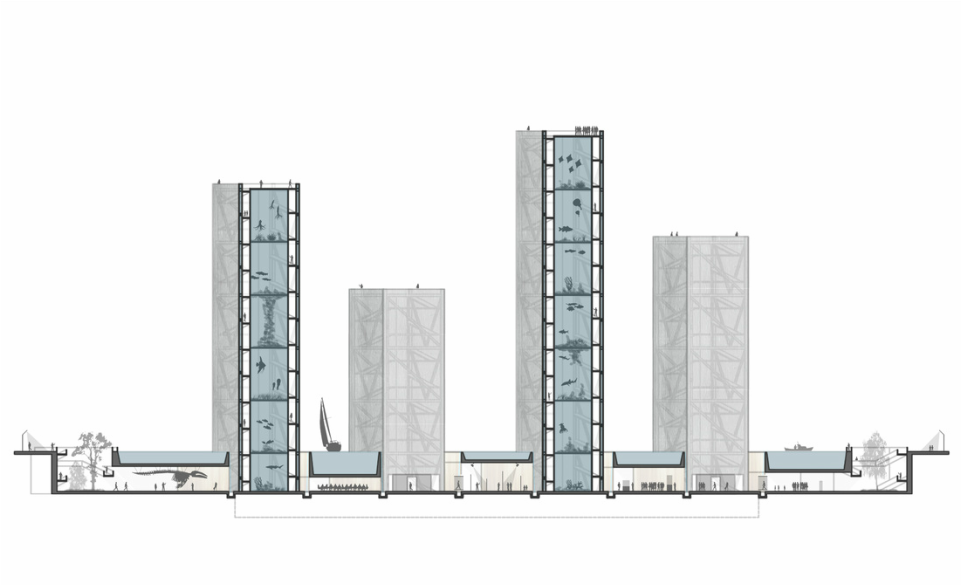 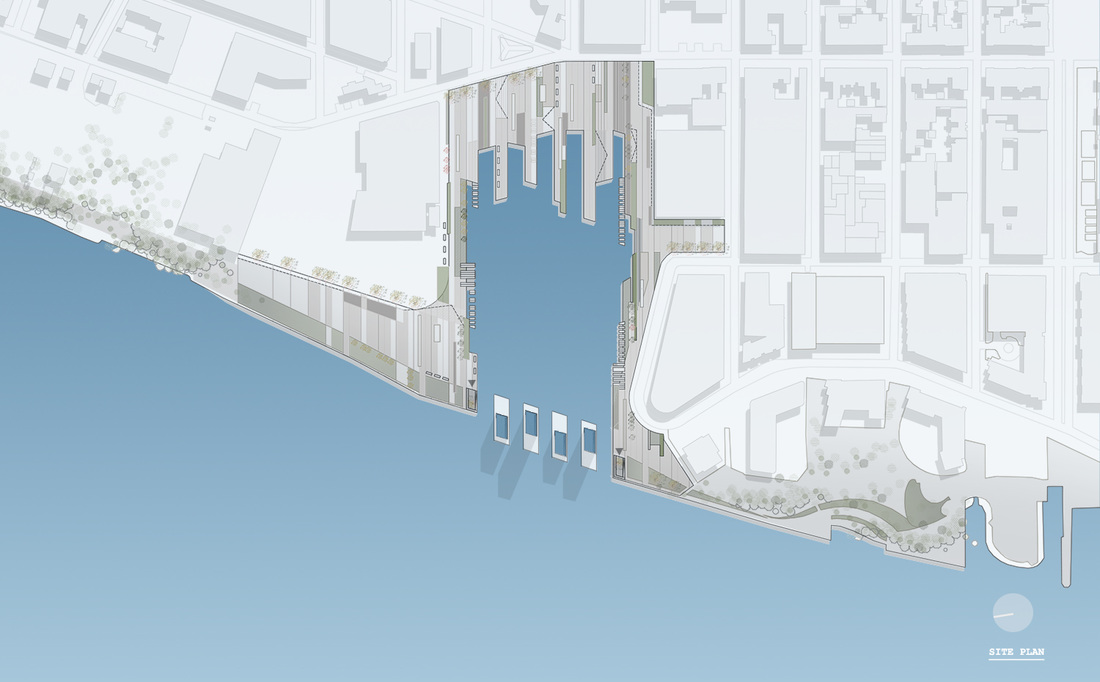 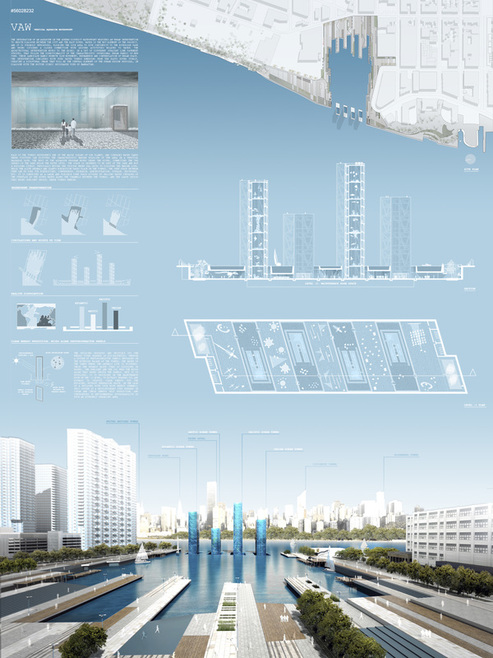 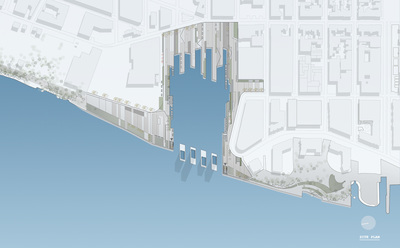 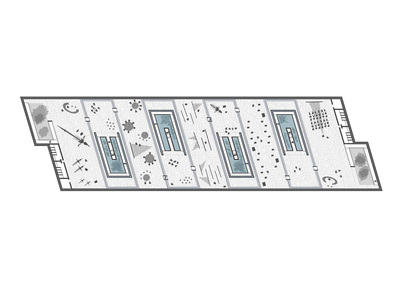 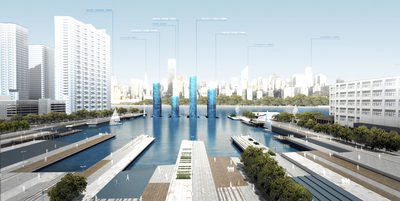 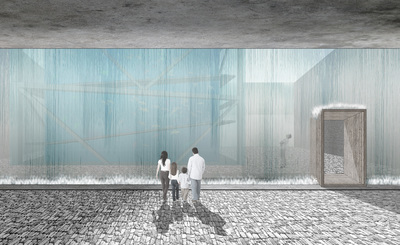 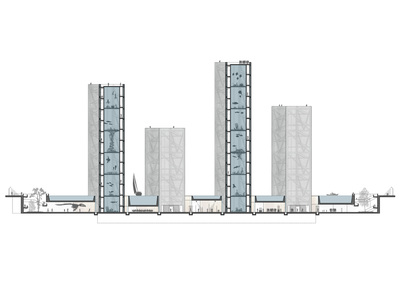 The four members of this team are: Sara Ortega (Architect), Lucas Peraita (Architect), Jesús Rodriguez (Draftsman) and Federico Rubio (Architect). We are youngsters from Santander (Spain) that met in our current work: the construction of the "Centro Botín" in Santander, project by the italian architect Renzo Piano. We decided to combine our daily work on site with the presentation of international ideas competitions, like the NYC Aquarium, to keep alive the creative flame that characterizes all architects and designers.​